'Wheel of Time' So Far 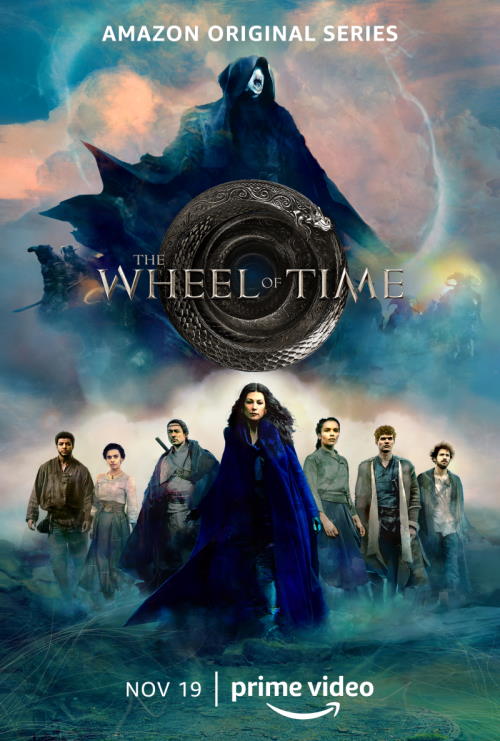 Only a handful of authors have ever been able to create a world with the depth, breadth, and scope of Tolkien’s Middle Earth. Among those select few would be Robert Jordan and his Wheel of Time series. Robert Jordan didn’t write all the books, but still, he seeded the work with the seminal texts that most of the later books draw from. The world is complex, nuanced, and rich with mythology and lore. I must admit that I was not a big fan of Robert Jordan when I first read it and don’t consider Jordan among my favorite authors even now. Over time, however, I think I have come to appreciate Jordan more, especially having tried my own hand at writing epic fantasy. My appreciation grew because of the world-building and artistry Jordan brings to writing.

Because I appreciate the artistry, I was skeptical when I first learned that there might be an adaptation of a Wheel of Time (WoT) for television. The world-building needed to make WoT come to life is nothing short of monumental. For the most part, television shows lack the production budgets to create epic fantasy that truly captures the essence of fantasy worlds. For better or worse, Game of Thrones (GoT) proved that it could be done, and it certainly created a formula that appealed to the masses. It blended acting, typically what television relies on more than anything, and budget-friendly cinematography and effects that made the production value high. Now, With WoT now halfway through the first season, we’ve gotten more than a glimpse of what WoT is trying to do. Some of it is a page from the GoT playbook and other parts are not. Even so, there’s a lot to like and dislike at the same time.

Of all the things that they did well, the production team nailed the world-building. This was the one thing that I thought would be lacking from the show, and I could not have been more wrong. The show leverages cinematic, on-site photography to give us a sense of the world of WoT. This, combined with the CGI and costumes, makes the whole delivery well done. My fear was that we’d get lots of on-set shots without much attempt to capture the scope and scale of the world, but it’s a nice blend, and to that end, the transitions between on-site and on-set scenes does not feel forced at all. Also, the attention to detail in the costumes (I particularly like the uniqueness of the Warders and the Aes Sadai) and nuances they give to the characters themselves add to this. All in all, the show is fun to watch for these reasons alone.

Another strength that adds tons of value to the shows is the pacing. Getting this right is both necessary to not go overboard with info-dumping in the first episode and create a show that could have stand-alone episodes that will keep the interest of the watchers from the beginning to the end. Still, they could have included a short prologue like the books to set up the Wheel, but at least we get glimpses into the mythos of the Wheel as the show progresses and how each character and faction interpret the events considering the Wheel. Moreover, the nature of the Aes Sadai does not become apparent until the fourth episode. This was somewhat vague from the beginning, and they could have at least used a little bit of screentime to give some context. These nitpicky things aside, the world becomes more apparent with each episode building on the previous one, allowing viewers to digest the complicated world of WoT slowly. Too much too soon could be damaging or even ruin the show more than the gratuitous violence did. More on that later.

The casting choices are a mixed bag of good and just okay, but nothing terrible. The two outstanding casting selections were Rosamund Pike as Moraine and Daniel Henney as Lan. While Pike’s portrayal of Moraine in the shows is not exactly like I imagined in the book, or even as the book describes her, the casting choice and the departure from the book gives the story more depth, and makes it not so much a teen drama. Henney as Lan casts a similar vibe in that respect. The rest of the main cast, however, is not terrible. Most of the actors and actresses are young and may lack the experience, but I don’t see any of them as particularly outstanding. If left alone, I would probably have tuned out after the first episode. The acting felt forced and, at times, melodramatic without any natural chemistry between any of the main characters. They do well enough to carry the story along, even if it is a bit boring. I found Daryl McCormack’s performance as Aram the Tinker to have more depth in the short time he appeared on screen than some of the main cast. Still, with Pike and Henney there, the show does have some redeeming quality in the acting department.

Most of the things I don’t like about the casting are minor. Its greatest offense is the gratuitous violence and gore. The first episode, for instance, could have been about twenty minutes shorter or cloud have given twenty minutes dedicated to acting and character moments than the trollocs attacking the village. I get it. It’s suppose to be violent. But after more than a few minutes of that, it becomes pointless. In the same vein, some of the scenes in the later episodes were similarly pointless. One reason I never got through GoT was because of this. GoT was much worse, and at times, almost pornographic. WoT seems to want to capture that vibe, but it does it at the expense of characterization.

With all its faults, I have to say that I am and at least in part, satisfied with the adaptation. Jordan’s work is beautiful, and if the shows can attract more people to his books, then all the better. He’s a legend among fantasy readers and authors alike. Even so, the adaptation is not setting well with lovers of the novels based on some of the ranting I’ve seen online. Still, I never expected it to be completely faithful to that end. Serialized television and the novels are about as far apart when it comes to media as one can get. Compromises are necessary. The production team has done a fair job of making the needed adjustments to make the show both appealing, yet remaining faithful to the story and vision Jordan created.

Still, there’s still room for improvement. I hope that we’ll get to see this emerge more in the remaining episodes for the season and for season 2. I hope that the characters will emerge stronger than they have up to this point, especially Josha Stradowski’s Rand, who has been wooden and bland up to this point. The significance of his sword has not been explained either. Perhaps the remaining episodes of season 1 will shift to focus on his story more.

So here’s to the rest of the of show. I’m excited to see where it goes. It’s been fun so far, and I am sure that the remaining episodes will continue to build. While it might not be the finest fantasy show ever produced, it’s still worth watching.